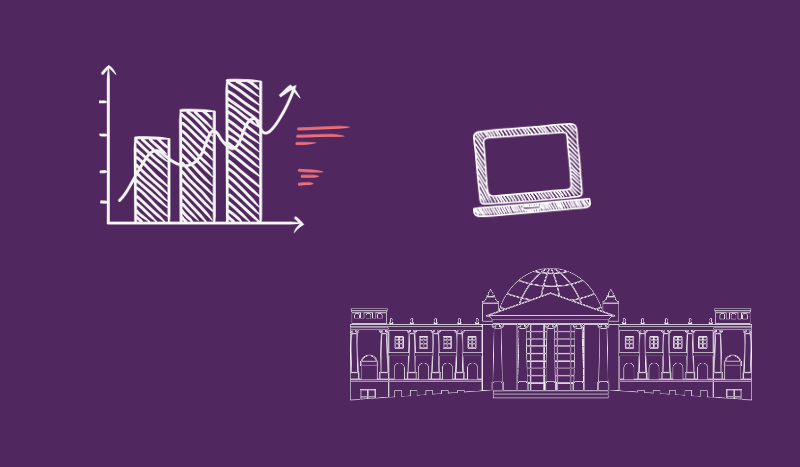 In taxes we trust?

In 2018, Apple paid Ireland €13.1 billion in back taxes, plus another €1.2 billion in interest (Reuters). Curiously, both Apple and the Republic of Ireland maintain that Apple should not have had to pay this. Both sides claim that the low tax rate that Apple was previously subject to—0.005% in 2014, disputed by neither party—was not illegal. Seen from their perspective, this was a case of tax avoidance, not tax evasion.

What is tax avoidance, and why is it an issue?

Tax avoidance refers to legal, but morally dubious techniques that companies and individuals use to reduce their tax liabilities. While tax avoidance follows the letter of the law, it infringes upon its spirit. This distinguishes tax avoidance from tax evasion, the illegal evasion of taxes.

Given that tax avoidance is legal, why is it problematic? There are at least three reasons why, despite its legal bona fides, tax avoidance constitutes a problem that policy makers may wish to address. First, by reducing public revenue it weakens the government’s ability to provide public goods, such as infrastructure, education, healthcare or social security. Where the decision is made to deliver the same amount of services and goods, despite aggressive tax avoidance by some, other firms and individuals will have to pay additional taxes. This points towards a second issue: tax avoidance schemes require complex and often international legal arrangements. This means they distort the competitive playing field between small, single-country firms and large, multinational corporations, giving the latter a leg up over the former. In the same way, they also lead to a burden-shifting away  rich individuals, wealthy enough to hire specialised tax lawyers, and onto everyone else. Finally, by creating the (accurate) impression of unequal burden sharing, tax avoidance undermines the social norms that drive tax compliance in general, eroding the trust and the implicit social contract that underpins society at large. While technically legal, tax avoidance therefore constitutes an issue that should not be left unaddressed.

How does tax avoidance work?

Due to the complexity of modern tax codes, a number of provisions are available for companies willing to stretch the law to its limit in pursuit of aggressive tax planning. The most important techniques in use today include: (a) preferential tax treatments and negotiated tax rates; (b) profit shifting via the use of transfer pricing or internal loans; and (c) hybrid entities. These are described in turn below:

Certain corporations, due to their size, international mobility, and hence power, are able to directly negotiate with governments to achieve lower tax rates for themselves. Apple is the most prominent example of this technique. Through a preferential tax agreement—formally called a “tax ruling”, first issued in 1991 and updated in 2007—the company negotiated a tax arrangement that gave it an effective tax rate considerably below the official rate of 12.5%: in 2014, for example, the agreement translated into a de facto rate of 0.005 percent (EC 2016a, The Economist 2016); for the period 2003-2011, for which we have public knowledge from the European Commission Ruling from 2016, the average tax rate was 0.14%.[1]

Further increasing the significance of this deal, due to the rules of the European Single Market Apple legally booked all profits made on sales across the EU to its Irish subsidiaries, sheltering them from taxation by other EU member states. Reasoning that a company-specific tax rate constitutes an illegal distortion of competition, the European Commission Investigation (EC 2016a) concluded that Ireland granted illegal tax benefits to Apple worth up to €13 billion between 2003 and 2014.

Given that a lowered tax rate directly reduced public revenues, it may be asked why Ireland was willing to strike this deal, or why other countries would be willing to strike similar deals in the future. The answer is that, although Ireland in this case forwent nearly all corporate tax revenue from Apple,[2] it attracted well over a thousand Apple employees—usually paying Irish income tax—as well as additional business for Irish law firms, construction firms, and other businesses in the Irish economy. Had the Irish government not offered this deal, the reasoning may have gone, Apple may have based its European operations, say, in the UK, and Ireland would have received zero tax revenues. Better, then, from the perspective of the Irish exchequer, to receive a very low but positive amount of corporate tax, together with additional income tax revenues and higher local business activity.

This example shows that, for the most powerful companies, direct negotiation over tax rates can result in rates close to zero. Since these agreements are usually kept secret, it is unknown exactly how many such deals exist, or what proportion of total corporate profits are thereby given preferential, low-tax treatment.

Another well-known method of tax avoidance, particularly for multi-national corporations, is the strategic shifting of profits towards low-tax jurisdictions.

One of the most prominent techniques for doing so is the use of transfer pricing: the strategic manipulation of the price at which different subsidiaries of the same corporation buy products from one another. By over-charging entities in higher tax countries, companies can deliberately lower the profits of affiliates located there, reducing the amount of taxes due in higher-tax countries, while increasing the profits of subsidiaries in the low-tax jurisdiction. The goods for which prices are manipulated in this manner are usually company-internal intangible goods, such as branding or intellectual property.

This technique is difficult for governments to counteract: “There is nothing less risky than manipulating the prices of patents, logos, labels, or algorithms, because the value of those assets is intrinsically difficult to establish.” (Zucman, 2015, p. 104). Prices for this type of transaction are set internally, and often no external market price exists for these types of goods, due to their uniqueness and the fact that they are not traded between firms. As a result, it is close to impossible for tax authorities to establish “objective” prices for such transactions, and hence to challenge and deter tax avoidance through transfer pricing.

A second technique for profit shifting from high- to low-tax jurisdictions is the use of intra-group loans. This technique operates as follows: a subsidiary placed in a low-tax country provides a loan to a subsidiary situated in a high-tax country. The interest payment on this loan can usually be deducted from the corporate tax rate in the high-tax location, while the interest earned through providing the loan is taxed at the low rate of the low-tax location, thus reducing the overall tax liabilities across the two countries. By strategically varying the duration, principal, and interest rate of the loan(s) in question, the amount of profit to be shifted from one location to another can be adjusted over time.

Lastly, hybrid entities have become a popular tool for corporations to avoid taxes. The term hybrid entity refers to the fact that, when appropriately structured, a corporation can end up being treated as one type of entity in one country, but as another kind of entity in a second country.

The first step was for an American company to set up an Irish subsidiary, where it would book all of the sales it makes across Europe.[3] For as long as these profits were not returned to the US, this reduced the tax rate on them from 35% (the pre-2018 US rate) to 12.5% (the Irish rate).

However, the rate could then further be lowered by setting up a second Irish subsidiary, with its headquarters fictitiously located in a zero-tax jurisdiction, for example the Bahamas.[4] This second entity would be considered Irish-based by US tax authorities—hence exempt from US corporate taxation, as long as profits were not returned to the US parent corporation—but Bahamas-based by the Irish tax authorities—hence exempt from Irish corporate taxation. As a result, profits that were de facto generated by sales across Europe would emerge, shifted by transfer pricing, in the zero-taxed Bahamas-based subsidiary.

Paying these profits out to US shareholders in the form of dividends, or returning them to the US parent company, however, would subject them to US corporate taxation again. Lending the money to shareholders or the parent corporation, on the other hand, did not subject it to corporate tax. Once the profits emerged in the Bahamas, they could hence take the final step of the journey in the form of a loan, thereby having travelled all the way from, say, Rome to New York, without having been subject to any corporate taxation whatsoever.

The “Double Irish” was shut down in 2015, with a phase-out for existing legal entities to 2020. However, it appears as though new structures have been developed, in particular the “Single Malt” and the “Capital Allowance for Intangible Assets”, to facilitate continued tax avoidance along very similar lines (Christian Aid 2018, Irish Times 2018). It is worth pointing out that the inventor and architect of the “Double Irish”, head of PwC Ireland’s tax practice Feargal O’Rourke (Bloomberg 2013), is the son of Mary O’Rourke, a senior politician in Ireland’s conservative Fianna Fáil party, and the cousin on Brian Lenihan, Irish Minister of Finance from 2008 to 2011 (The Independent).

How much profit is being shifted to low or no tax countries?

The significance of these techniques depends on how extensively they are used. Gabriel Zucman (2018), a professor at UC Berkeley, found that in 2014 up to 40% of multinational profits (⋍ $600bn) were shifted to tax havens, where they received low or no tax treatment. He shows that the EU is the main loser: for every €100 in corporate tax revenue, EU member states lose around €20 in revenue due to tax avoidance. In the United States, for every $100 of corporate tax revenue, $15 is lost.

To conclude, tax avoidance is a serious problem, both due to its direct fiscal costs, and due to the corroding effects it has on tax moral, equity, and social trust. Addressing this problem is not easy: given the complexity of modern tax codes, the options created by the coexistence of the European Single Market with the continued existence of 28 separate version of company- and tax law, and the sophistication and aggression of financial and legal service companies specialising in tax avoidance, even an internationally coordinated effort, such as the OECD’s Base Erosion and Profit Shifting project, may only succeed temporarily.

[3] This could happen either directly, via setting up sales in other European countries as contracts between the Irish subsidiary and Germany, French, etc. consumers; or via transfer-pricing based profit shifting from its German, French, Italian, etc. subsidiaries to the Irish subsidiary.

[4] The first subsidiary usually has a significant number of employees in Ireland. This makes it impossible to declare its headquarters and management to be located in the Bahamas. Hence the need for a second subsidiary, without (significant numbers of) employees in Ireland, whose headquarters and management can then be declared to lie in a zero tax jurisdiction.