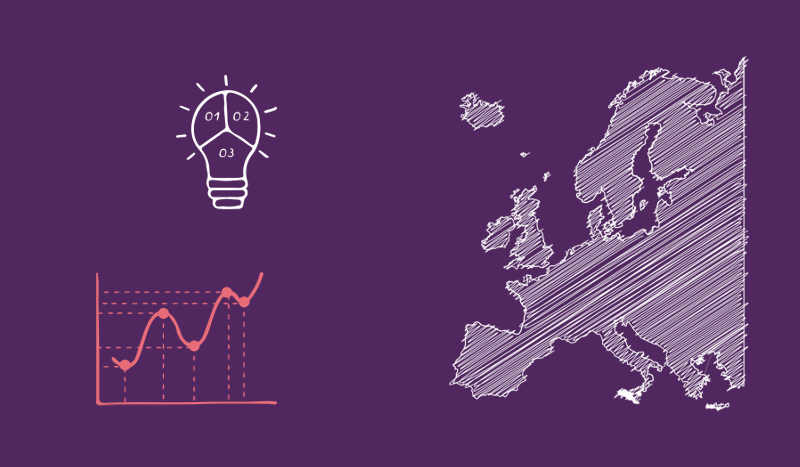 Public borrowing in times of COVID: lessons from post-WWII France

The economic and fiscal consequences of COVID-19 are unprecedented in peacetime. They have overwhelmed old dogmas, even Germany’s “Schwarze Null” (balanced budget) and its “Schuldenbremse” (debt brake). Nevertheless, one crucial, yet mistaken, dogma remains doggedly in place: the State continues to be seen as the debtor of private finance, as an “applicant” for capital who must submit to the laws of the market, to the desires and judgements of financial investors.

Already the music of austerity is slowly rising, announcing one of the possible scenarios for the aftermath of the crisis. Hard work, less spending, and higher taxes, so this view goes, will be necessary to “foot the bill” of debt issued during crisis. While budgetary constraint were lifted temporarily, this perspective seeks to preserve one essential credo: it is the market—its laws, calculations, views—that decides the value of things, be they companies or a state.

However, this crisis may provide an opportunity to question precisely this: the centrality of private market actors as the judges who separate the essential from the optional, who identify the sectors that should flourish and those that should perish, who distinguish between the productive and the unproductive, the useful and the useless.

Instead of meekly accepting the judgements of financial markets, we should turn to post-WWII France for lessons in how to structure the financial links between the public and the private sector. The truth is that the State is not a borrower like others, only bigger and more secure. Instead, public power has the potential to be the architect and investor of the economic, social, and ecological world to be rebuilt after COVID.

Subject to the European Parliament consenting, the European Commission will raise 750 billion euros for a post-COVID recovery programme via bonds issued against the Union’s budget. Ultimately, this bond issuance could create a common European public debt agency. However, despite its size, this proposal remains squarely within the framework of contemporary state-bond markets relations: the continued depoliticization of money via central bank independence serves to protect bondholders against risks; downwards wage and labor flexibility, as well as cuts to public and social spending shall are first in line to absorb the costs.

Admittedly, the 750 billion euros of Commission-bonds would constitute a massive increase in EU-borrowing, benefiting from high credibility with financial investors (and therefore a low risk premium and interest rate). In this respect, these securities would be aligned with the German benchmark bond (the Bund), in the same way that the euro was intended to socialize the strength of the Deutschemark. But in the name of this credibility “borrowed” from the German signature, budgetary and monetary discipline would be imposed on states considered as too public-spending friendly and not orthodox enough by capital market assessments. Euro-Bunds would replace the Euro-Mark.

An optimistic interpretation may see these Commission-bonds as a step in the construction of a European Treasury department—these bonds would eventually supplant national debt issuance as the main public borrowing instrument. But a more ambitious agenda is possible: as France showed in the wake of World War II, states can emancipate their finances from a market debt order, and instead bring the fundamentals of their economy, in particular investment decisions, under democratic control.

The forgotten experiences of credit guidance

To see the essence of the existing dogma, look no further than the various asset purchase- (or quantitative easing-) programmes deployed by the European Central Bank (ECB) in recent years. These involved large-scale purchases of government bonds, but only on the so-called secondary markets. The fact that the ECB refuses to intervene in primary markets is not coincidental. Through insisting on indirect interventions, the ECB can temporarily ease public funding conditions, while leaving intact the dogma that markets and market actors are the ultimate judges who decide on legitimate and efficient investments in the economy. This set-up risks real estate and stock-market bubbles, while denying the need for democratic debate over the allocation of credit, or reasonable discussion over the use of controlled inflation as an economic policy lever. In this manner the ECB deliberately chooses to remain a spectator—in a market theatre that only functions because the ECB itself guarantees its continued existence.

A more democratic ordering—of financial markets and public borrowing—is possible. The France of the trente glorieuses, i.e. the post-WWII “Wirtschaftswunder”, is a case in point. Public and private finance were articulated in a politics-first framework that was both more democratic than today and highly growth-conducive. In particular, in the wake of WWII, the French Treasury set up an ensemble of mechanisms, known as the circuit du Trésor, which placed the Treasury and the Banque de France at the centre, while constraining the marge de maneouvre of banks and other private financial actors.[1] The overall volume of debt was low, inflation was politically controlled, and public institutions regulated borrowing: commercial banks, for example, had to place a certain minimum fraction of their balance sheet in government bonds, at state-determined interest rates. Adjusting this plancher de bons, or “bond floor”, made it possible to monitor and direct the money supply put into circulation by the banking system, while automatically ensuring steady funding for the public sector. Via this and other instruments, the market was reduced to a secondary force, with public authorities deciding the overall framework of what constituted “good” investments, appropriate rates of return, and strategic sectors deserving of priority access to credit.

A return to this kind of financial order could be envisaged in both a national and a European framework. While it rarely pays to repeat history, the spirit and ambition of post-WWII French finance can serve as an inspiration for post-COVID reform. Reinstating the seniority of public power over private money, and re-embedding money and credit in an order that serves the common good are worthy goals. Public power should not be the client of private investors; instead, investment should take place in a framework deliberated on democratically, and enforced by a public sector that serves the common good.

The European Commission’s proposal to borrow 750 billion euros is welcome and needed. Yet, if it leaves the financial framework in Europe unchanged, there is a risk that the recovery fund will only serve to reset a system that did not serve us well to begin with. From a reset that leaves structures unchanged, either socially unsustainable debts or structurally insufficient demand are likely to arise again. Only a deeper restructuring, putting the laws of the market under public control and disciplining private finance, will allow Europe to deal with the climate and health emergencies of today and tomorrow.