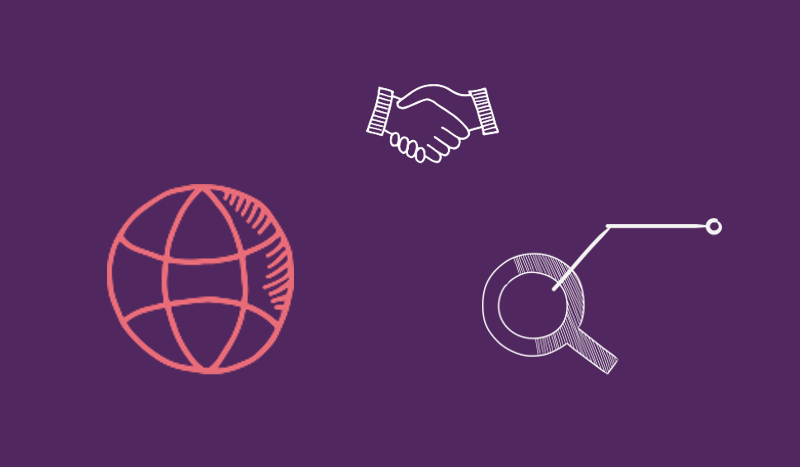 Russia after the Soviet Union: inflation, default, the fire sale of state assets. The rise of a kleptocracy and collapse of the rouble. A budget tumbling from delight to despair and back again, yanked by the oil price. And since 2014, increasing sanctions. The economic history of Russia since the end of the Soviet Union has not been smooth sailing.

This picture, however, may be due for an update. Seen through a macro-financial lens,[1] Russia is not just stable; in recent years, and following a well-managed response to the 2008 financial crisis,[2] it has become positively strong. Government finances, its banking sector, and Russia’s external financial position all appear to have moved onto a solid footing.

Starting with Russian government finances, they are likely to evoke the envy of many a European or indeed North American minister of finance: total public debt is around 16% of GDP, of which only around a third is owed to foreign creditors. Oil and gas revenues are a major part of this—in the absence of oil revenues, the Russian state would be running deficits of close to 10% of GDP per annum—but despite oil prices swinging between highs of $110 and lows of $30 over the last decade, public debt has remained in a narrow corridor between 10% and 16%.[3]

Inflation, too, as the ultimately binding constraint on government spending, has evolved in a favourable direction. After a recent spike, above 15% in 2015, driven by sanctions and a weak rouble, both inflation and inflation expectations have now stabilised below the central bank’s target of 4% (IMF 2018, p. 25).

While the medium- to long-term outlook of the Russian state budget remains somewhat mixed, due to middling growth, rising pension expenditure, and weak demographics (see e.g. Kudrin and Sokolov 2017), it hence starts from a well-consolidated base. Moreover, to reduce the government’s dependence on oil revenues, a fiscal rule was adopted in 2017: under this rule, the contribution of oil revenues to the budget is determined by a reference price, $40 per barrel, rising at 2% per year. Any excess revenue, i.e. revenue attributable to an oil price above this benchmark, is saved in the National Welfare Fund (see this Brookings article); conversely, if the oil price falls below this benchmark, the government can make withdrawals from the Fund to stabilize public spending. Due to this rule, and particularly if the pension reform of 2018 can be made to stick,[4] the Russian state’s budget appears stable for the medium run: in IMF projections, public debt is forecast to remain between 16 and 20% out to 2025.[5]

Moving on to the financial sector, Russian banking has undergone dramatic changes over the last years. A first attempt at purging private banks ended in the murder of Andrei Kozlov, deputy chairman of the Central Bank of Russia at the time, in central Moscow in 2006. A more recent clean up effort, however, seems to be succeeding: between 2011 and 2017, a total of 417 (out of 978) banking licenses were revoked.[6]

This is indicative of a wider strengthening of state capacity vis-à-vis the financial system. In 2013, regulatory and oversight functions were centralised in the Central Bank of Russia. More importantly, Elvira Nabiullina—former Minister of Economic Development and close economic advisor to President Putin, rumoured to have his strong personal support for cleaning up the Russian banking sector—was appointed as its governor. In 2014, the rouble was fully floated, inflation targeting (around a symmetrical 4% target) was introduced, and a process of rescuing failing private banks began, culminating in the nationalisation of three major private banks in 2017.[7]

In addition to improved oversight and the purging of questionable banks, the Russian banking system is stabilised by a well-balanced loan portfolio: unlike in Western banking systems, the assets of Russia’s banks are dominated by business and consumer lending, with pro-cyclical mortgages playing a small, albeit growing, role. Of total assets of 85 trillion roubles (equivalent to 92% of GDP), 31 trillion consist of corporate loans, 13 trillion of consumer lending, and less than 6 trillion of mortgages.[8] While non-performing corporate loans have crept up from 7% to 12% from 2014 to 2018, the share of non-performing retail loans has fallen from a peak of 13% in 2016 to below 10% in the first half of 2018, with provisions covering more than 90% of those losses.[9]

A final notable feature of Russian banking policy since 2013 has been the active use of risk regulation. In 2018 alone, the risk weightings (for regulatory capital purposes) on high loan-to-value (LTV) ratio mortgages have been increased to 150% (for 80% LTV) and 300% (90% LTV), those on foreign currency loans from 100-130% to 110-150%.[10] While tightening these macroprudential measures, the Central Bank of Russia has simultaneously loosened the interest rate, cutting it from 10% in mid-2017 to 7.25%, though tightening to 7.5% most recently to counteract the inflationary impact of a weaker rouble.

Going by inflation and unemployment—the latter hovering around 5% since 2017—the Central Bank of Russia’s macroeconomic steering has been broadly successful in recent years, although weak productivity growth has limited GDP growth to between one and two percent. The overall picture emerging is thus one of a newly-energised central bank, at once cleaning up the financial sector, steering the ways in which banks assume and distribute risks, and, while not achieving a stellar growth record, appropriately managing aggregate demand in geopolitically turbulent times.

Turning to Russia’s external position, here too the country is looking strong. Total external debt is around $500 billion, of which approximately $450 billion are owed by the Russian private sector, $50 billion by the government.[11] Depending on the rouble exchange rate, this amounts to between 30% and 40% of Russian GDP. Two facts are notable: first, nearly two thirds of this constitutes foreign direct investment (FDI) or long-term debt, giving Russia a degree of insulation against sudden fluctuations—the movements of “hot money”—in global financial conditions.[12] Second, nearly the entirety of the external debt is covered by Russia’s liquid external assets, amounting to around $460 billion.[13] Financial sanctions are therefore of limited effectiveness: if needs must be, the Russian state can service the vast majority of Russia’s external obligations, both public and private, without requiring recourse to new borrowing from international lenders.[14]

And indeed, in 2014, faced with a triple crisis (sanctions from Europe and the US, monetary tightening by the Federal Reserve—in particular the end of QE3—and a drastic collapse in the oil price, from $110+ to $60 per barrel), the Russian state deployed approximately $200 billion of its reserves in order buffer the shock. This allowed Russian firms to reduce their foreign debts from $730 billion to $600 billion and slowed down the fall of the rouble. While the rouble nevertheless fell from around 35 Roubles to the dollar to more than 60 to the dollar, inflation surged to 15%, and Russia entered a recession in 2015, the economy stabilised and returned to growth in 2016.[15]

This article is not the place to offer a full-spectrum analysis of the political and geopolitical consequences of Russia’s recent macrofinancial strength. Nevertheless, two points are worth highlighting: first, it is quite possible that Russia’s recent macrofinancial strength has contributed to its foreign policy assertiveness vis-à-vis Europe and the US. Insulated by its stable banking system and strong external position, Russia has proven resilient to financial sanctions, and will likely remain so in the future. Seen through this lens, Russia’s macrofinancial strength is a distinctly mixed blessing for Europe and the US. Second, however, it may also be the case that this period, and in particular Elvira Nabiullina’s tenure as governor of the Central Bank of Russia, will in retrospect appear as the end of Russia’s long transition from Communism to something approaching, at least in the economic domain, a rule-governed society. If this serves to stabilise not just Russia’s economy, but can create a backdrop of stability against which Russian politics and society can open up, it is something to be celebrated.

[1] For a more conventional macroeconomic update on the Russian economy, we recommend the recently published Russia Report by the European Bank for Development and Reconstruction.

[4] The Putin government pushed through a pension reform over the summer of 2018, but protests against it were and remain strong.

[7] Promsvyazbank, Otkrytie, Binbank, together accounting for about 6% of all assets in the Russian banking system (World Bank 2018, p. 17).

[14] If anything, the primary effect of financial sanctions may be to shift bargaining power between the Russian state and major Russian businesses: were the latter to be excluded from foreign (i.e. dollar) financial markets, their only source of dollars would become the Russian state, which may well use this opportunity to gain leverage. This pattern was visible in both 2008/9 and 2014. Adam Tooze (2018), Crashed, New York: Viking, pp. 221-7, pp. 502-6.