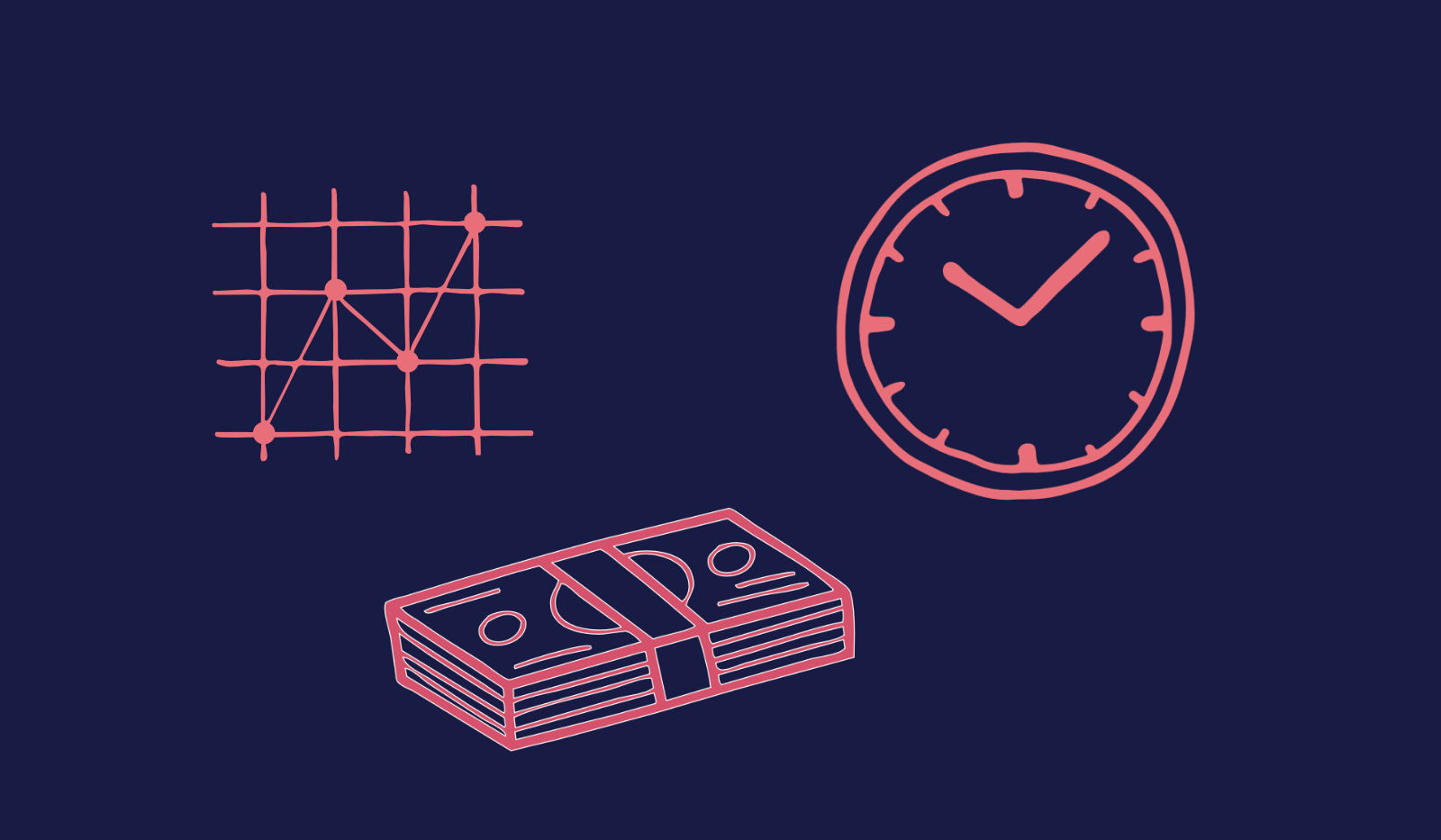 The relationship between fiscal and monetary authorities is on many lips these days. Commentators refer to “monetary dominance” if the central bank has full control on the money supply, while “fiscal dominance” is described as a regime in which money supply is determined by fiscal policy decisions.
The ECB has covered the subject in an occasional paper for its strategy review, Jens Weidmann covered it in a speech in December and we believe it is also at the core of the debate on the size of central bank balance sheets, to which both the ECB and the Fed recently contributed in extensive articles.

We took the occasion to interview Michele Fratianni, who is shaped the debate on monetary vs. fiscal dominance in Italy and Europe. Michele is Professor Emeritus at the Kelley School of Business at Indiana Unversity (Bloomington, Indiana) and Professor of Economics at the Università Politecnica delle Marche (Ancona, Italy). Among others he has previously worked at Free University of Berlin (1995, Bundesbank Professor of International Monetary Economics) and also worked in government and international organisations, such as the U.S. Council of Economic Advisers (1981-1982, Senior Staff Economist) and the Commission of the European Communities (1976-1979, Economic Adviser)and has been an Adviser to the Italian government (various ministries), the Banca d’Italia on domestic and international monetary issues. His papers have been cited in over 5000 publications. We reached him via Zoom in his house in Bloomington, Indiana.

Florian Kern: In your literature from the 1990s, you describe fiscal dominance as a state in which money supply is not determined by the central bank, but by the treasury. You are also arguing that fiscal dominance implies control of the interest rates by the treasury to keep borrowing costs for the government low. If you look at the fact that central banks are implementing monetary policy in ample reserve regimes today: Do you think that the difference between fiscal and monetary dominance blurs?

Since the Great Financial Crisis, central banks have also employed extraordinary measures that have expanded enormously their balance sheets and, hence, also the monetary base. The effect of the latter on money growth has been reduced by a decline in the money multiplier, largely because banks have hoarded the added monetary base in the form of bank reserves. Over the long run, the important question is whether the financial crisis and the pandemic have altered the regime of central bank independence that started in the 1980s.

Florian Kern: Some German academics are talking about the threat to independence that looms in their mind. But if you remember how the Maastricht Treaty was designed, as you surely do, you also remember that central bankers were at the table and designed the European Central Bank as the most independent central bank you could imagine, with the goal of independence, eight years of secured tenure for their board members and a single mandate, all enshrined in a treaty that is very hard to change. Do you not think now is also the time those central bankers prove their independence instead of crying foul at balance sheets which might potentially lead to a conflict with finance ministers?

Michele Fratianni: The European Central Bank was established according to the blueprint of the Bundesbank and the people who wrote the Maastricht treaty assumed that a fiscal union would follow soon. They did not anticipate 30 years passing without any major element of a fiscal union. So yes, the Maastricht treaty writes down “independence” in article after article, but in times of stress politicians may claim that “the monetary union is a straitjacket” and exert pressure on central bankers to finance government debt. After all, Mr. Draghi’s famous “whatever it takes” opened the door to a de facto revision of the treaty. The “whatever it takes” phrase has now become an accepted proclamation, a sort of vox populi.

Florian Kern: The Maastricht treaty does not forbid government bond purchases if they happen in secondary markets. If they help the central bank achieve its mandate, they are allowed. The more interesting question is: What would happen if the central bank increased interest rates but wanted to limit spreads of a government which adheres to the stability and growth pact and the common fiscal architecture of the union but gets under pressure in financial markets because market participants want to test the integrity of the Euro area. Do you think the founders of the Maastricht treaty wanted to forbid a limitation of spreads in such a situation, although the central bank would still be in control of the interest rates?

Michele Fratianni: I am not a legal scholar; I just try to interpret facts in a broad context. Let us go back to the original signing of the treaty: It constructed one central bank but left fiscal policy in the hands of member governments. The ECB faces all the problems of central banks in a unitary state plus the problems stemming from dealing with a multitude of national fiscal authorities: one difference of note is that some countries adhere to fiscal discipline while others do not. It follows that a centralized monetary policy, in this institutional context, reflects the contrast between national fiscal hawks and fiscal doves; the latter wanting a looser monetary policy than the former. As long as there is this heterogeneity, there will be monetary conflict, which the central bank of the common currency must resolve. But it should not be up to the central bank to handle this conflict; it should be left to democratically elected politicians. Had there been the institutional architecture the founders of the Maastricht treaty had imagined (but did not accomplish), this resolution would have been left to a European treasury. The conclusion is that the essence of the Maastricht treaty will be subject to “reinterpretation” and amendments, de facto if not de jure.

Florian Kern: There is a new study by the German institute ZEW arguing that countries in the south appoint dovish NCB governors. Looking at your writings from the 1980s or the behavior of the Banca d’Italia during that decade, I never had the impression that Italian central bankers are dovish at all. What is your view on the issue: Are central bankers in highly indebted countries more likely to favor inflationary policies?

Michele Fratianni: I am glad you mention this. In the 1980s, the Banca d’Italia became progressively independent from Treasury. The process started in 1981, when the then Treasury minister, Nino Andreatta, accepted the principle that the central bank need not intervene in the primary market of government bonds (a principle popularly known as the divorce between the central bank and the treasury). The degree of this independence was reinforced in the latter part of the 1980s. The essential point is that politics initiated the process of central bank independence. Independence is a fragile institution; it relies on a broad consensus. In the case of Italy, the treasury minister understood that the time was right for central bank independence. The independence of the Fed, on the other hand, is rooted in the conviction of the financial markets that it is best to have an independent central bank. The Congress could easily change the legal status of the Fed with a simple majority, but then they would have to face the consequences emanating from the financial markets and political elections. Independence is an asset which is built on faith and consensus. Such an asset must be nurtured, just like Coca Cola must invest to maintain its brand.

To go back to your question: I cannot recite survey data on whether Italians are less happy with ECB monetary policy than Germans for example, but obviously the economic situation in the south of Europe is different than in the north. The German 10-year Federal bond is currently yielding -40 basis points, benefitting from a rush to an asset perceived to be the safest in the Euro Area. On this metric alone, Germany would have a net benefit in preserving the status quo. But right now, the biggest issue in the Euro Area is whether national politics are working in the direction of a common fiscal architecture.

Florian Kern: What has been the discussion in the south so far on this?

Michele Fratianni: In the south, a claim is voiced that Germany is not playing fair and has practiced a beggar-thy-neighbor policy. The notion of German selfishness is based on the evidence of its current account surplus: the largest in the world if measured relative to its GDP. The appropriate policy, from the viewpoint of the other members of this fixed exchange rate regime, would have been to expand aggregate demand in Germany to relieve the deflationary effects occurring in the rest of the Euro Area.

Florian Kern: You mean an expansion of aggregate demand through fiscal stimulus?

Michele Fratianni: Yes, either by lowering taxes, more spending, or a combination of the two.

Michele Fratianni: There has been a long-lived debate on how to implement monetary policy, namely, whether it is better to target quantitative variables – such as the monetary base, bank reserves, or the money supply – or a short-term interest rate. In the Volcker-Thatcher era, the quantitative approach was preferred to the interest rate approach, later the intellectual winds changed. Since the financial crisis, the money multiplier has declined drastically. Hence, steering the money market through quantities has been difficult, given that banks were hoarding the monetary base injected by central banks. Recent data on the money multiplier published by the Fed of St. Louis, however, show a sharp reversal in the making. And I wonder whether it is time to give a second look at targeting quantitative variables to check a potential resurgence of inflation. While I am aware that the bond market does not believe in inflation, with 10y Treasuries at 1.4% and Bunds at -40 basis points, the inflation of share and home prices – especially in the US – suggests otherwise. The conclusion is that asset markets do not seem to speak with a uniform voice on inflation and inflation expectations.

Florian Kern: You mentioned the money multiplier. There is the argument that the idea of a money multiplier would only make sense if reserves were a constraint on bank lending. Some argue further that such a situation is gone for good, with capital and credit demand being much stronger restraining factors. What do you think: Can we stimulate the economy with base money growth?

Michele Fratianni: While monetary and regulatory bodies talk to each other, they are not perfectly coordinated. Could it be that we have overtightened financial regulation so that monetary signals do not transmit to the economy as well as they used? On this, research is not definitive. The bottlenecks in the loan market, irrespective of their origin, do not seem to hamper equity and asset financing, based on the mentioned evidence of inflated equity and housing prices.

Florian Kern: Thank you so much Michele, it was a true pleasure talking to you!

Michele Fratianni: It was a pleasure for me as well. Thank you and best wishes!