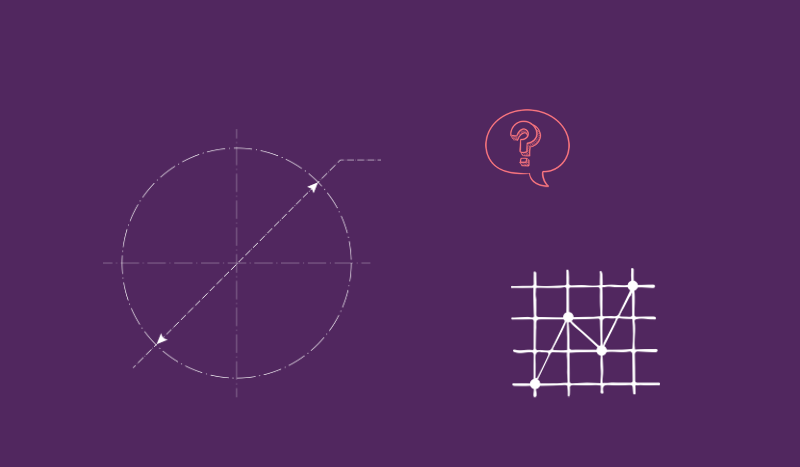 It is three dimensional chess

First, there are real funding needs of the state. Think social security, schools, bridges. One key question is the division in consumption (ongoing expenditure) and investment spending, a second how to target funding well without excessive bureaucracy. Finally, absorptive capacity, i.e. how much money an organisation is actually able to spend in a sensible way is often a bottleneck when suddenly increasing funds (e.g. German defense spending).

Secondly, there is the macroeconomic state of the economy[1]. If demand is weak, more government spending will help to put more people into work. If demand is already strong, higher government spending eventually translates into inflation or at least sector specific price increases (e.g. construction in Germany) and may start competing for resources (e.g. labour force) with the real economy. Whether that is a good thing or not, depends on the specific case and the policy goals of the government, but there are certainly significant effects.

Thus, fiscal policy ideally combines top down and bottom up planning. The difficulty of this becomes very obvious when governments either try to execute a fast stimulus by dialing up investment (building a solid road takes time) or try to quickly reduce spending by dialing down consumption (e.g. by reducing social security payments, which reduces peoples’ incomes and immediately hits demand).

Third, there is the financial circuit. When the government spends money, it usually transfers money from its account at the central bank to the account of the recipient at a commercial bank. This increases reserves in the banking system[2] lowering the interbank interest rate[3]. The government may also issue bonds. When this happens, the buying bank pays for the bond by transferring reserves to the government’s account at the central bank. This drains reserves from the system increasing the interest rate[4].

Hence, fiscal policy has an effect on monetary conditions[5]. It also affects the financial system beyond that: Government bonds play a key role in financial markets, being generally regarded as a safe, highly standardized and liquid asset. Banks use them for instance to deposit them at the central bank in exchange for reserves, and pension funds or insurers like investing in them as risk is low. If there is a scarcity of government bonds, the market may jump in to produce safe assets itself. This can end in tears as it did in the case of mortgage backed securities in the US.  If the supply of bonds is very large – as is currently the case for the US where Fed sales of bonds bought during QE coincide with the fiscal expansion of the government[6] – investors might require a premium to hold them (the issue here is not government debt levels, but the specific supply and demand relationship in the market for government bonds). The growing inventories of primary dealers in the US certainly indicate that selling US Treasuries certainly hasn’t gotten easier recently.

Thus, fiscal policy makers somehow need to straddle together real spending needs, the macroeconomic state of the economy and the impact on money and financial markets (as well as navigating the extremely political waters of drawing up a budget).

At the micro-level competition for limited funds is optimal: Every government department requests funds. In doubt, these will exceed the available resources, if only for negotiation purposes. Not all funding proposals will be well targeted, thought through or ready for implementation. Spending government money well and on time is difficult and requires effort. Thus, a certain degree of competition for funds seems key to ensure resources are deployed in a useful way. A fiscal rule, credibly limiting the size of the envelope promotes such competition.

One may view this as efficiency obsessed bean counting, especially in the context of reasonably well-developed institutions. Research on public investment (which is easier to evaluate than recurrent spending) suggests otherwise: According to a study by the Hertie School of Governance, the average cost overrun for large infrastructure projects in Germany between 1960 and 2014 was 73 percent. But not only are projects more expensive than initially calculated, poorly planned projects often end up being delivered far behind schedule. Given how hard (maybe impossible) outcome monitoring is in the public sector, incentive compatibility really matters.

Yet, at the macro-level no fixed rule is optimal: As outlined above, the right amount of spending is state dependent. There has been the attempt to fix this by making rules responsive to states.  Under structural deficit rules, governments can spend more when the economy operates below potential and less when the economy runs above potential. The crux is: Economic potential is unobservable and we have not yet found a reasonable way of estimating it (for a discussion of the European estimates see for instance the work of Philipp Heimberger and Jakob Kapeller).

Hence, in the end, at the macro level, the only argument for a rule that tends to remain is “a rule beats no rule”. Why that is, especially when rules have very severe consequences on the lives of people, remains unclear. But not only do the rules limit the space for a government to act, they also kick the can down the road to unelected central bankers and banking regulators: No state can afford a prolonged economic slump, so if the government cannot spend, other valves will be opened to fire up credit issuance to the real economy (which may have happened in the US pre-financial crisis).

Thus, there is a serious tension between the requirements at the micro- and the macro-level. One possible way out of the rules conundrum may be focusing on a combination of (1) improving processes for allocating funds, (2) increasing transparency and accountability and (3) strengthening the capacity and performance focus of the public sector.

Finally, there is also a foreign policy dimension to fiscal policy: On the one hand, fiscal rules help governments to insulate themselves against demands of other countries or international organisations to contribute to shared projects. On the other hand, such rules may make governments dependent on external debt or even force them to sell off assets. One prominent example is the sale of the port of Piraeus to a Chinese shipping group.

Beyond the above, inadequate terminology makes precise thinking about government debt very difficult. The biggest problem is mixing up domestic and foreign currency debt[7]. The two are fundamentally different: While a currency sovereign cannot default on debt issued in his own currency, a country borrowing in a currency it does not produce can default and isn’t even that unlikely to do so. Any sensible discussion requires a clear-cut separation between debt in the currency a country can issue and all other debts.

The key indicators we look at to determine whether debt is sustainable or not mean very little: When we look at ‘debt’ we normally mean ‘gross debt’. Singapore’s gross debt to GDP is 112 percent, while net debt is -118 percent (Singapore has far more financial assets than liabilities). Another example is the US, where a lot of debt is held by the state. When it ‘pays back’ this money, it simply shifts funds from the left to the right pocket.

We then compare debt to GDP resulting in a ratio of a stock to a flow which, as Olivier Blanchard, former chief economist of the IMF, put it, “is of no particular significance without information about the interest on debt.” If one is interested in the ability to repay, looking at the ratio of interest expense to revenues is probably more useful. If one is interested in financial health looking at the complete balance sheet of the state rather than an arbitrary subsection makes sense: This needs to account for all assets as well as all financing sources, including bonds and money[8].

As if things were not difficult enough, there is a tendency to conflate logical and institutional laws regarding fiscal policy: While every cent spent indeed needs to originate somewhere and go somewhere, the state does not need to finance itself by collecting taxes. It is an institutional convention to prohibit governments from printing money (which may exist for a good reason) but it is not a necessity. How can governments need to collect taxes to have funds to spend, if they are the ones issuing the currency in the first place?

At the moment, following the discussion on central banking is like an ongoing intellectual Berlinale with Claudio Borio and Benoît Cœuré as main characters, complemented by Vítor Constâncio’s Twitter commentary. There is no comparable discourse on fiscal policy. Given the laundry list of problems aired above, it may be time to change that. A few preliminary ideas we would love to debate further are: (1) Should we move away from oversimplifying, meaningless targets and be a lot more serious about the process for spending money? (2) If we set targets, should achieving those targets itself not have value and (3) isn’t the right fiscal policy framework highly context dependent (given the state of the economy, financial markets, monetary policy and the international environment) and thus cannot be designed at a theoretical level or be static in nature?

[1] With a key question being the accurate definition of an ‚economy‘. This is particularly complicated in the Eurozone where the national definition has limited meaning given a shared currency and integrated markets.

[2] For a detailed description of the process in the case of the US see here.

[3] Assuming there were not excess reserves in the system before.

[4] Assuming there were not excess reserves in the system before.

[5] For a detailed description of the interdependence, see here.

[6] More precisely there is a comparatively large supply of Treasury Bills, as the Fed is selling bills and buying long term bonds, the increase in interest rates has increased hedging costs for foreign investors, which leads to lower demand from abroad and Treasury focused its debt issuance in 2018 on bills (for more detail see Zoltan Pozsar, Global Money Notes #20, Credit Suisse)